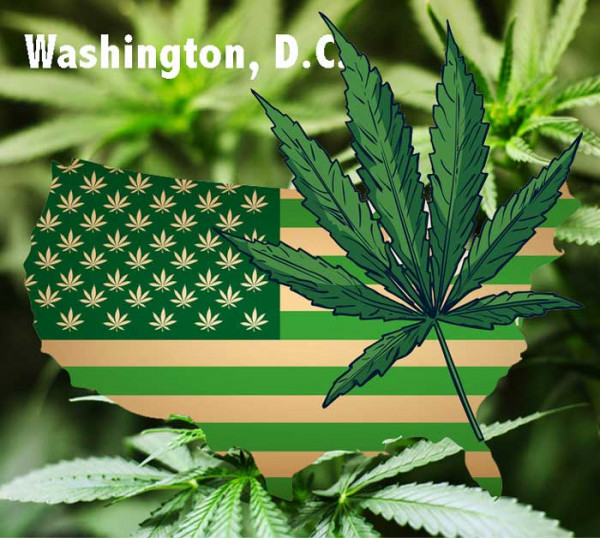 Possession of small quantity of marijuana became legal in Washington, DC on Thursday, 26th February, 2015 despite an encounter between the Republican-led U.S Congress and local officials over the new regulations. The U.S capital joined Alaska, Colorado and Washington State in making marijuana legal for recreational use, reflecting a shifting legal landscape for the drug.

The District of Columbia law enables adults to carry as much as 2 ounces (56 grams) of marijuana and to cultivate six plants at home, with three of them mature. Sales are prohibited but transfer of up to 1 ounce (26 grams) is legal. This is the brand new world of marijuana in Washington DC, where residents have been allowed to legally possess, grow and privately consume restricted amounts of pot since February.

The buying and selling of marijuana remain illegal in Washington DC, compared to the four states that have totally legalized both recreational and medical marijuana. Rather than being sold at outlets and generating new tax revenue, it can only be grown at home and shared. Growers and smokers claimed they feel like they can be more unbound about their passions, but local politicians, activists and business people believed pot continues to be dealt illegally at homes, on park benches and even in the street. The law allows for many scenarios that make residents and police officers to raise their shoulders. You can't purchase or sell marijuana, but what precisely constitutes a transaction? The connection between legal and illegal is blurry, puzzling many and creating loopholes that most growers and dealers wish to exploit.

Home growers take pride in their plants and are aiming to build their reputations among other growers. Facebook groups have been developed where growers can easily share photos and ask for advice. Group members can also post about events – from substantial seed shares to safety meetings, where different people smoke together at a private home.

Marijuana possession continues to be illegal on federal land. That also includes federally subsidized public housing projects, which are overwhelmingly residence to black D.C residents. Inequality in marijuana-related arrests between blacks and whites helped inspire politicians and local activists to set the District on the road to legalization. The American Civil Liberties Union included in a 2013 report that, though blacks and whites across the country use marijuana at about the same rates , blacks in D.C were eight times very likely to be arrested for possession of marijuana than whites.
Trading in the drug would be illegal, at least for a while, however home cultivation would give consumers access to pot. A friend or acquaintance may also supply them with up to an ounce – provided that no money, goods or services were accepted for it.

Likewise, Adults of age 21 and above cannot: