Cannabis Social Clubs in US 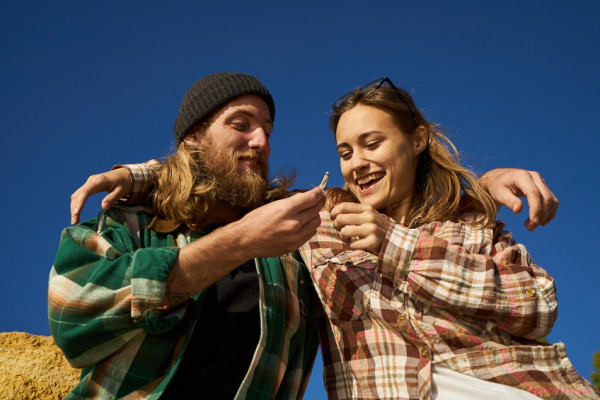 In recent years, cannabis social clubs have taken off in a big way. While some people confuse them with cannabis collectives which focus on distributing medicinal cannabis, they are a very different thing.

What Is A Cannabis Social Club?

How Do Cannabis Social Clubs Work?

The concept of Cannabis Social Clubs was devised by a non-profit organisation called ENCOD with the aim of protecting cannabis producers’ and consumers’ rights. When someone becomes a member, they can obtain cannabis from the club which oversees the growing of quality cannabis strains and their distribution to the club’s members.

The transportation, growing, consumption and distribution of the club’s cannabis strains are subject to quality and security checks. There must also be no advertising or publicity of any sort. The system is fully financed by the members’ subscription fees and every member receives a value card with maximum limits for each month and year. Members cannot resell any of the cannabis strains which they have bought from their Cannabis Social Club and they are responsible for ensuring that none is consumed by a minor. Cannabis Social Clubs (or CSCs) are open to anyone and not solely medicinal users.

Often, members of Cannabis Social Clubs don’t just consume the cannabis cultivated by their club, they get involved actively too, frequently helping with the distribution or growing of the cannabis itself. One of the best things about CSCs is that members can be confident about the quality of the cannabis strains that the club grows and can be safe in the knowledge that no harmful pesticides or chemicals have been used in its cultivation.

Cannabis social clubs can vary very much in the style of venue which is used. They can be as diverse as a music festival or a yoga studio. One particularly common form of cannabis social club in the USA today is a business which already exists and which now permits consumption of cannabis on the premises.

The problem with cannabis social clubs is that at present they aren’t legal everywhere. At present, only the state of Oregon has a fully regulated system in place for cannabis social clubs. Currently, Alaska is working on regulating their own system while in Washington, on-site cannabis consumption remains prohibited. The other states in which cannabis is legal are now exploring the idea of regulation social cannabis consumption. To date, Massachusetts has adopted rules which permit regulated social marijuana use and the City of Oakland is allowing on-site consumption but only at dispensaries.

There are some cannabis social clubs in states where there is no regulated system, however these are not officially legal and no specific licensing system is in place, primarily because of the legislation relating to clean indoor air.

Interesting, the state of Colorado has an unusual exception to the rule. Although social consumption remains prohibited state-wide, there is an exception in the city of Denver. In the 2016 election, there was a major reform victory in Denver relating to the consumption of cannabis in social situations. Local voters approved the Initiative 300 – an Initiative which legalized social cannabis consumption specifically, and gave the City of Denver responsibility for creating a fully regulated system with respect to this change.

Denver now accepts applications for a permit for social cannabis consumption. There are some major restrictions, however, which have made it very difficult for permits to be granted. Any cannabis social club, venue or event is unable to exist within a thousands feet of childcare facilities, schools, city-owned recreation facilities and dependency treatment facilities. There are very few places in the city which are not within close proximity to one or more of the above.

What Are The Benefits of Cannabis Social Clubs?

There are numerous benefits of Cannabis Social Clubs. These days, cannabis tourism represents a lucrative opportunity. People are coming from across the globe to legal states to experiment with marijuana, and lots of tourists are incorporating cannabis use into their vacation plan. Many are visiting dispensaries, and some are even going all-out and taking cannabis-themed getaways at bud and breakfasts.

However, for those tourists who aren’t staying in accommodation which permits cannabis consumption on the premises, there is an unforeseen issue – where can they consume the marijuana that they’ve purchased?

People aged over 21 in many states like Colorado, Nevada, California, Alaska, Oregon and Washington are permitted to legally purchase cannabis, and growing your own cannabis strains is even permitted in some cases. However for many people, the problem is that they have nowhere to go to use marijuana. Tenants, for example, are often forbidden from growing cannabis strains or consuming purchased marijuana in their rented properties. Since all legal states have in place a law to prohibit public consumption and anyone who is caught using cannabis in a public place could be fined, this represents a problem for adults who want to indulge even if they are in a legal state.

Cannabis Social Clubs give these people a place to go where they can use cannabis legally and without risk of any risk of prosecution. They can also be confident that the cannabis strains that the club is growing are high quality. CSCs also help to ensure cannabis consumption stays away from public places. Of course there are other financial benefits too. Cannabis Social Clubs create brand new opportunities for businesses while generating more public revenue through application and licensing fees.